A Māori legend tells how Pania left the sea people to marry Karitoki, a chieftain whose whare (house) was sited in an area now known as Sturm’s Gully on Napier’s Bluff Hill.

After Karitoki departed to fight in a long tribal war, Pania’s original family called to her at sunset and at dawn. Unable, finally, to resist their siren voices, she swam out to meet them. When she attempted to return to the shore, however, she was drawn down to the caverns of the sea. Angered by her divided loyalties, Moana-nui-a-kiwa, lord of the sea, transformed her into a rocky shelf. Lying off the Napier breakwater, the beautiful sea creature is immortalised as Pania’s Reef.

The statue of Pania of the Reef was presented to the city in 1954 by the Thirty Thousand Club. Vic Wallis, a member for almost 40 years, and Horace Cottrell, another member and enthusiastic supporter, conceived the idea of perpetuating the Māori legend after hearing the story from F A Bennett, the first Bishop of Aotearoa (New Zealand), when he was on a tour of Napier.

The Thirty Thousand Club was formed in 1913, and its members pledged to support the Napier community until its population reached 30,000. After 62 years, when it was nearing 50,000, the club was wound up.

Sited in Napier’s Marine Parade Gardens, the bronze statue depicting the beautiful Māori woman is among of the city’s most recognised and photographed attractions. It is believed to be the first to perpetuate a Māori legend. 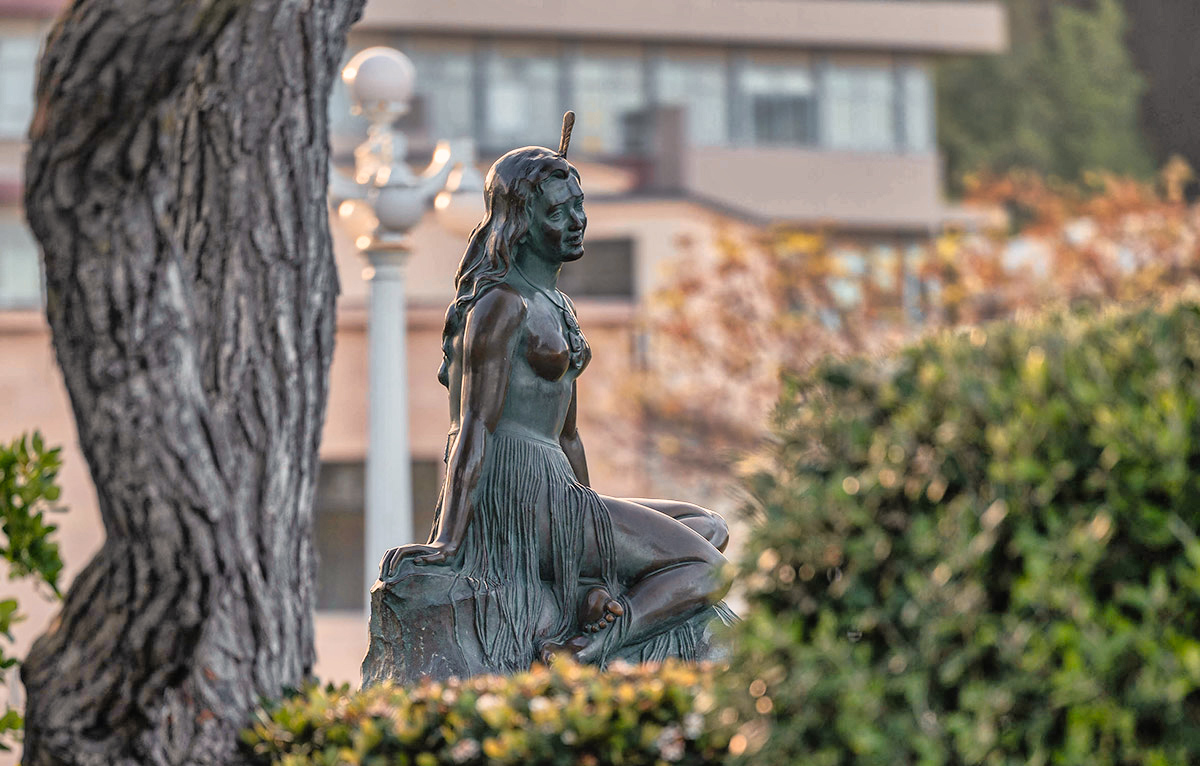 Six students from Hukarere Māori Girls’ College were chosen as possible models for the sculpture. The final honour went to 15-year-old Mei Robin – her face was the model for the bronze founding done by the Italian Marble Company of Carrera in Italy. The statue, which sits on a limestone base, was unveiled by Prime Minister Sid Holland in June 1954.

Mei, who attended the ceremony along with other pupils of the Napier Hill school, later married and her daughter, 14-year-old Joanne Whaitiri of Whakatū, posed as Pania on a City of Napier float designed and built for the 1974 City Centennial.

There’s something a bit magical about this place