Graham Bell, 46 year veteran of Napier retail, and I are chatting and sipping coffee at Georgia on Tennyson, first thing on a Monday morning.

We’re covering rich, colourful ground – Graham’s early life in the deep south, a stint in Hastings, the changes, developments and characters of the last several decades in Napier’s CBD. And fashion of course.

A man bobs down to our table on his way out, politely interrupting to tell Graham that he’s been enjoying eavesdropping and that he’s lived around the country and around the globe, and Alexander’s on Tennyson is the finest menswear shop he’s had the pleasure of shopping at. There’s been a lot of this over recent weeks, as Graham’s retirement has approached, and it’s not surprising, given his decades of service and activity in Hawke’s Bay business. Arriving from Southland with his wife Carolyn in the early 70s to a booming Hastings, Graham threw himself into local theatre, menswear retail, and the Hastings Retailer’s Association and Greater Hastings. As the group’s youngest-ever chair, he led organisation of the famed Blossom Parade and the Highland Games for several years and saw significant growth in the Fruit Bowl city.

A place of their own, and the promise of the nascent potential of Napier beckoned though. Graham and Carolyn established Alexander’s in the Broadlands Mall (now Ocean Boulevard) in 1976, alongside other iconic Napier retailers, Elaine’s and McClurg’s. Alexander’s found its footing, as Napier began to develop a fresh image of its own too. It was the sharemarket crash of 1987 that gave Graham his first big shock in retail business. The challenges of the time led him to develop the philosophy that the business remains aligned to even today.

As the economy recovered, so too came a more focused push on regional CBDs, and Graham was right there in the thick of it, as chair of the Napier Retailer’s Association (a precursor to NCBI) by the late 80s and into the 90s. It was Alan Dick’s mayoralty through the 90s that really got things humming, Graham recalls. This period saw the establishment of Te Pania Hotel, Ocean Spa, and the Emerson Street redevelopment committee, creating a pedestrian-friendly precinct in the central city. He credits Bryan Cotter, manager of the Visitor Information Centre (now iSite) at the time, for adding to the ignition of the city then too, with a programme of events at the Soundshell and Christmas celebrations.

Here we are again, in a time of potential resurgence post-Covid. The borders opening and domestic travel picking up is great news for Alexander’s, with two-thirds of sales coming from customers outside Hawke’s Bay. There’s a bright future here, if we crack into things, he says.

“Napier is a little gem, and we’ve got to fire it up again.” Graham sees three major arms to this – increased inner-city living, more independent retail, and growing the vibrancy of the hospitality offering.

“Now is a time of opportunity.” 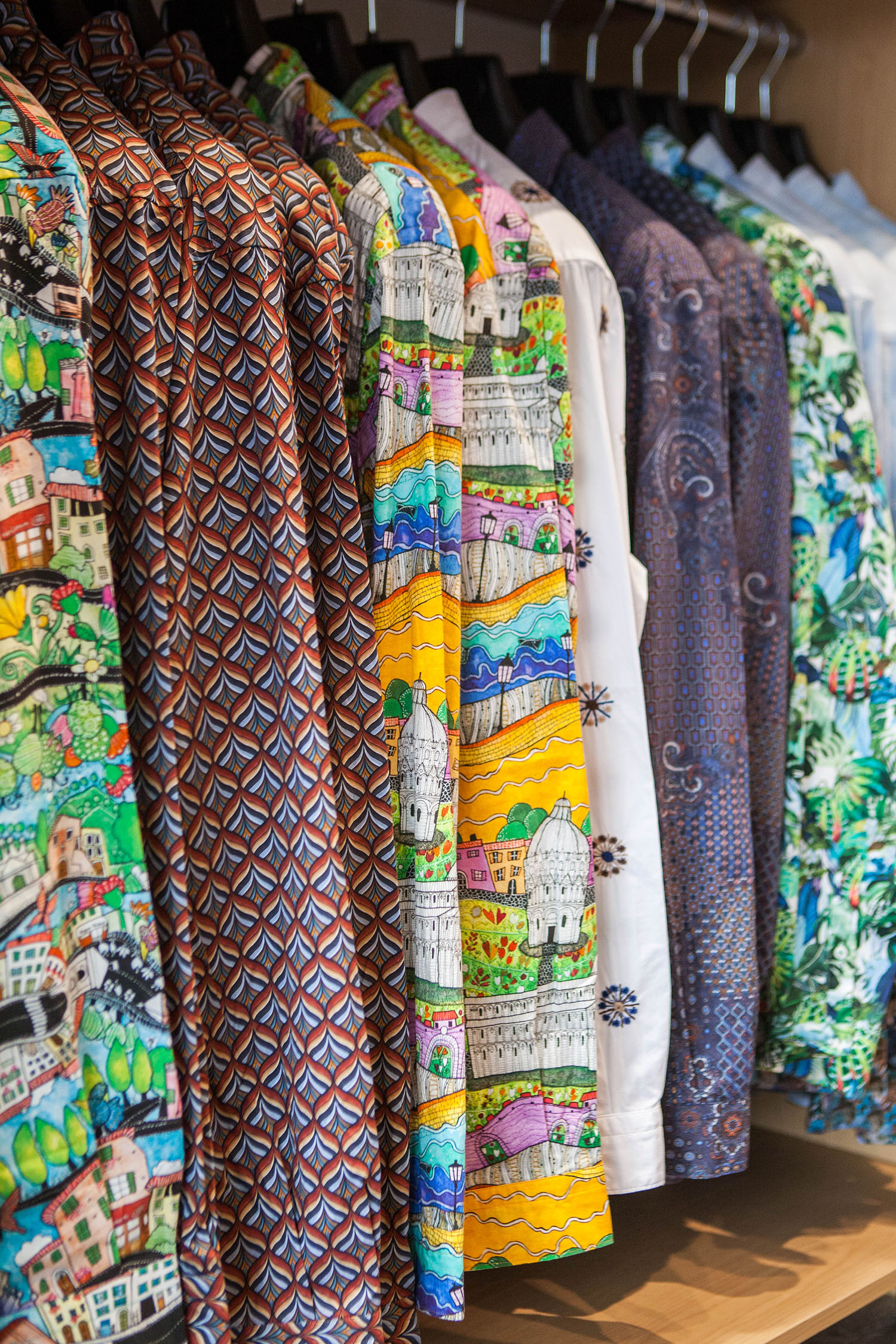 And as for Alexander’s – what’s next? Graham’s son Gregor has taken over ownership of the business. The team remains the same, Pierce, Josh and Sharleen will continue the tradition of looking after the valued customers in-store with the best service and the finest collections, while their online channel, alexanders.shop provides customers with further flexibility in the way they purchase. Alexander’s will continue to curate great brands and collections to enable New Zealanders with their personal style.

Casting his thoughts back over the years, Graham says he highlights have been the wonderful staff and the “customers that have humbled me.” He delights in the people he and his team have helped, and the events they’ve been a part of. Weddings, job interviews, rites of passage. He reminisces about the conversations he’s had, helping three generations of men prepare for these moments.

Graham won’t be disappearing from Napier’s CBD anytime soon. He still has a passion for Napier and a passion for retail. But it’s time to take things a little easier. On the suggestion that slowing down might be a challenge for the dynamo of Tennyson Street, he chuckles, “As my 14-year-old grandson recently told me, Poppa – you’ve just gotta roll with it.”

Thank you, Graham, for all you’ve done, and congratulations on a very successful and stylish career! 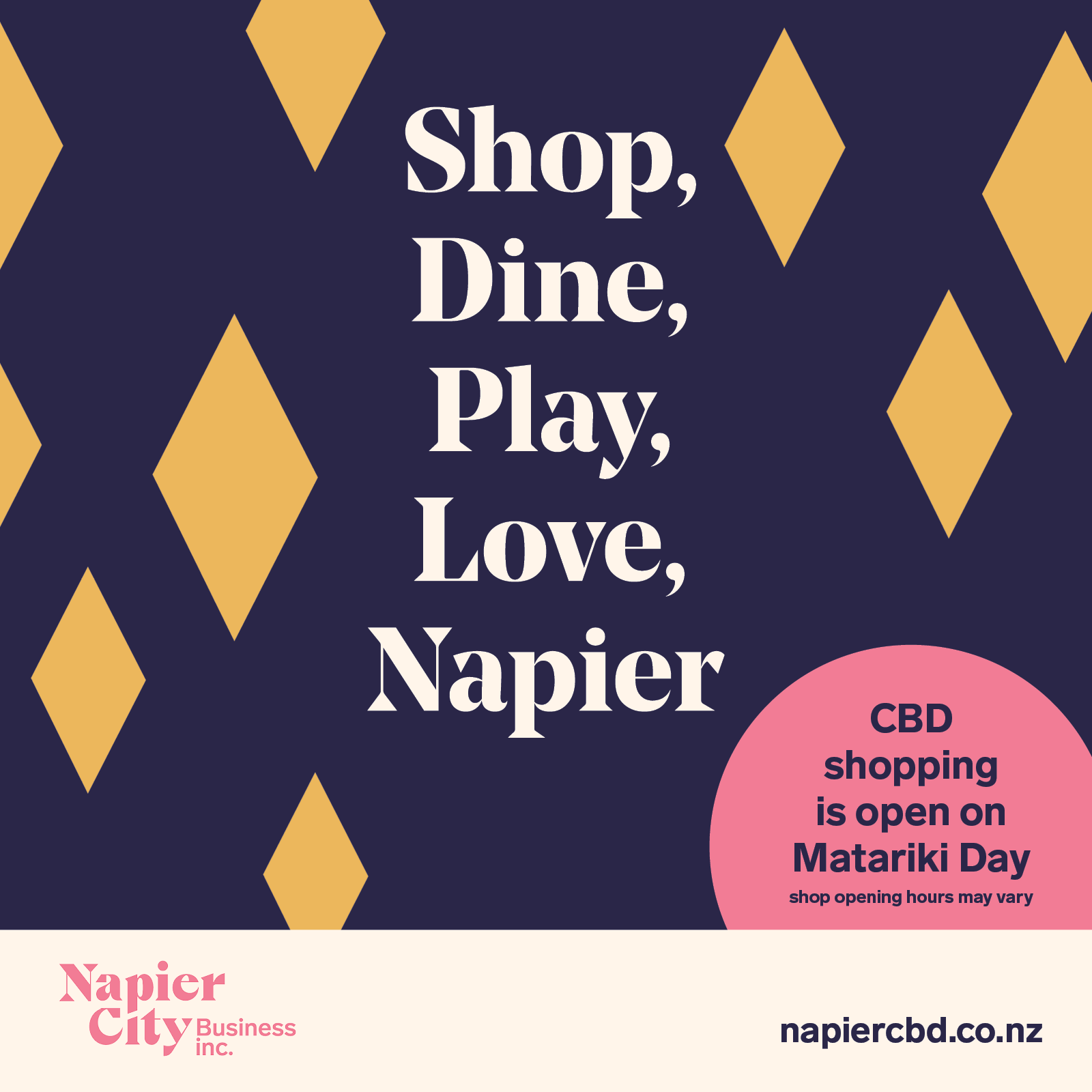